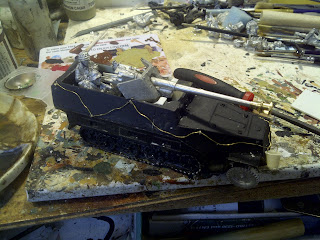 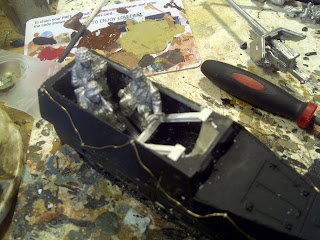 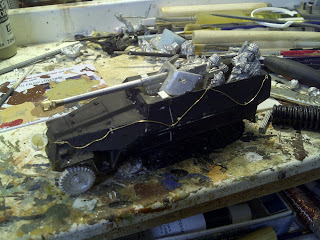 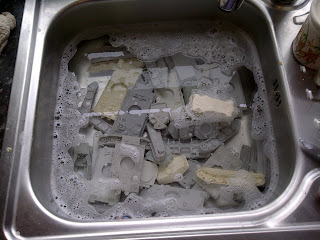 Looks well worth the effort thus far. I've not really looked, but have not bumped into the Pak 40 on a half track before.

The barrel Looks a bit long for it and you might think the recoil would make it tip over?

Whilst i dont pretend to say this is a scale kit (I'am working with two seperate models, with their own interpreations on "scale"), i have modelled the barrel to look as close as i can get. The turned aluminum barrel has been reduced in length to make it more representative of the real thing, i dont think it is too bad a representation.

But yes it is an ungainly vehicle, but you have to admit it is business like :o). I have high hopes for this one when it is finished.

Well I'm sure it packs major punch and looks great.