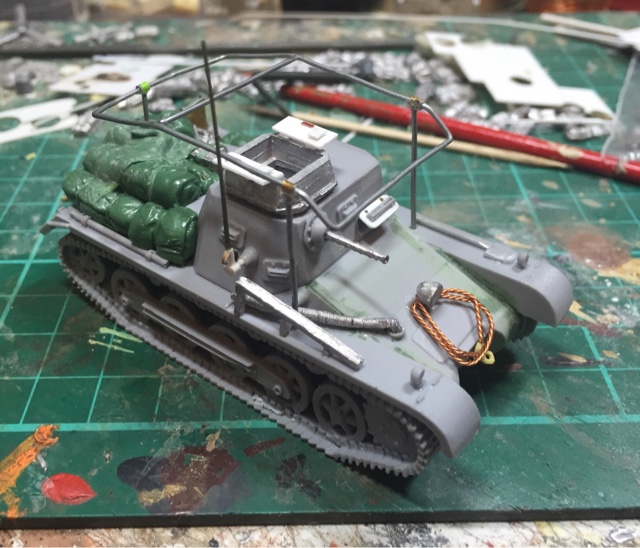 I'm in the middle of finishing a Heer 46 commission but it's just too windy for the shed! So am inside tinkering.... 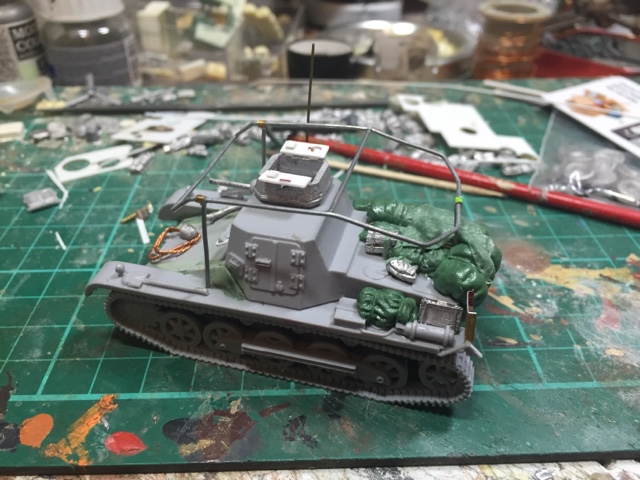 Been working off and on, on two command Panzer 1's, as speculative projects really, all based around making a viable bedstead aerial for a panzer III command!
Most likely the bedstead version will end up painted for France and the other will be finished later to coincide with a potential DAK commission sometime in 2016. 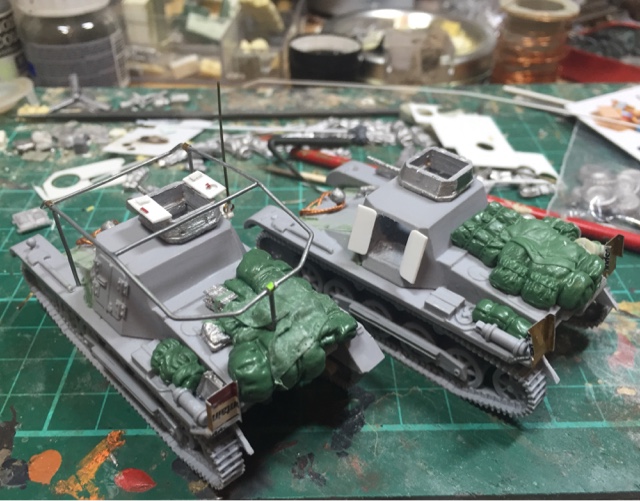 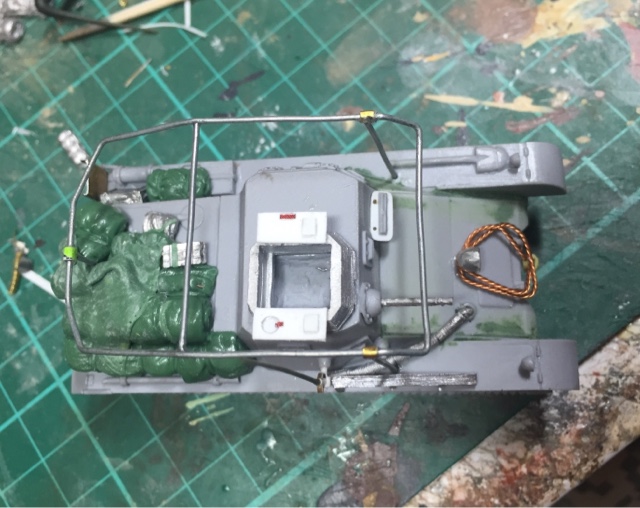 It needs a suitable command figure, but am undecided at the moment, never really warmed to most of the warlord ones, can't get my head around the stylised comic heads! Shame really, however there is a late war sculpt I think I can modify to work here or...
Rubicon look like they may have some interesting figures in the offering, but never sure when they will actually be available or.....
maybe convert a Perry DAK figure..... 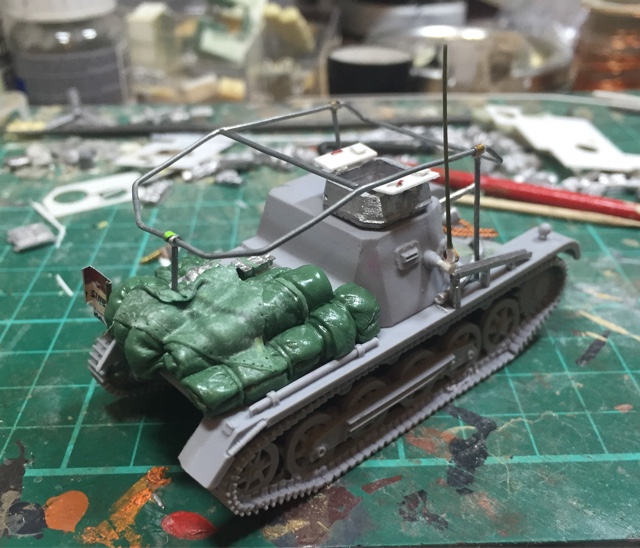 I'm still working on the DAK version, as you can see the superstructure hatch has been opened so I intend to populate with some Perry tank crew.  I think it also needs some jerry cans but there's a lack of properly detailed ones out there at the moment.
I'm concentrating on getting back on track with some slipping commissions, usual juggling with real life! So look forward to some 15nm eye candy in late January and hopefully some painted  October War combatants in Feb!
Happy New Year!
Posted by Troop of Shewe at 14:09 2 comments: