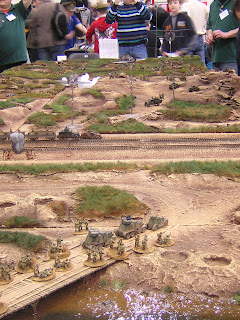 It seems the hard work and hours expended paid off in the end, my Nomonhan game was presented with Best of Show and Best Demonstration Game. My thanks to Ian, Stewart, James, and Tim for their unfailing support with the game on numerous occasions. 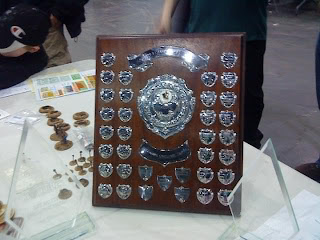 I'll taking a break from Troop of Shewe demos for the rest of year although i will be supporting some Escape Committee Games. I will be back with a humdinger at Salute 2010 and a secret Project X -20mm game in conjunction with Stewart......
I also completed a vignette for Outpost Wargames Services for their Russo-Turkish war range. Martins sculpts really are coming along now, lovely detail in particular the faces. Jeff has ensured that for each pose there is a variety of different head types. 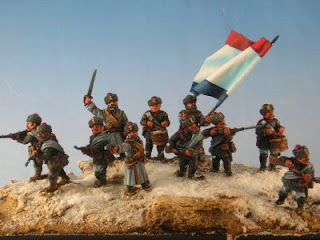 I also completed some 11 hour new releases for both BAM/Warlord and JTFM, both Shermans. Both sets are lovely in their own right, The BAM tracks are particularily good and the JTFM kits have stacks of stowage included, nice work Paul and Jeff. 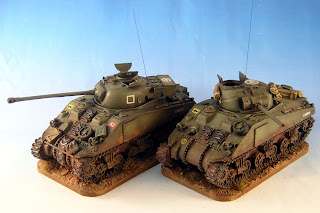 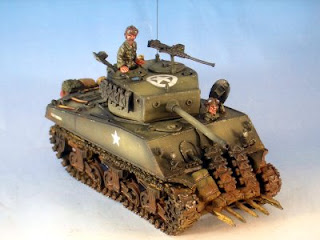 As always pictures of all my commisions including the demos can be found in mt flickr galleries, link at the top of the page.
Posted by Troop of Shewe at 10:30 No comments: