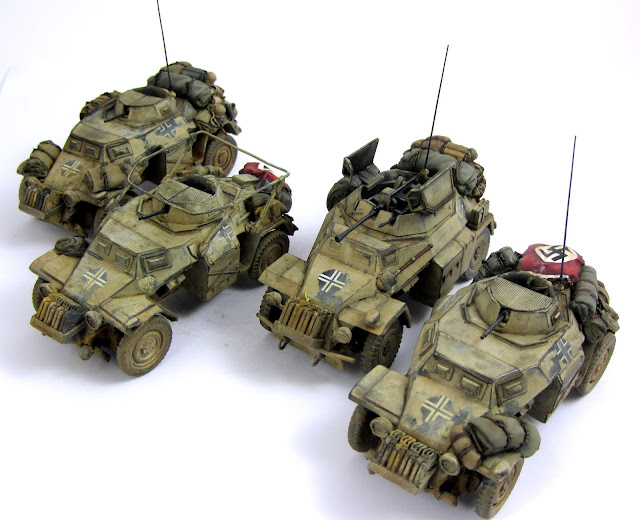 This set has been my favourite for a while now. These are 1/48 "pre-paints" ( sorry not sure of manufacturer) that have been extensively up detailed and weathered. The subject matter has allowed me to legitimately employ some lovely layering techniques, although I'm not sure the pictures show them that well.

Sdkfz 221, Flag is Archer dry decal on metal foil and then repainted. 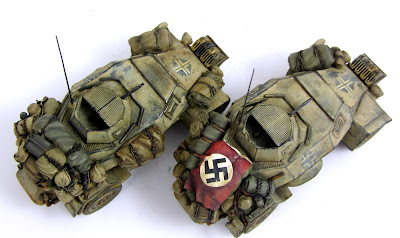 All stowed up and reday to roll! 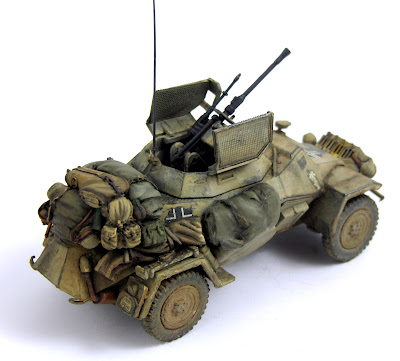 Bit of extra punch with the 2cm Kwk. 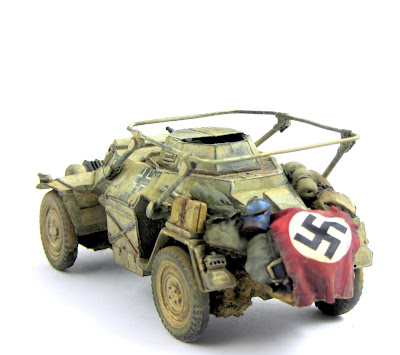 Added a bedstead aerial, bit fragile so I hope its survives postage! 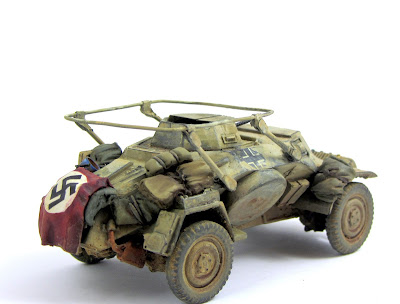 As always more pictures in my portfolio:
https://www.flickr.com/photos/troop-of-shewe/sets 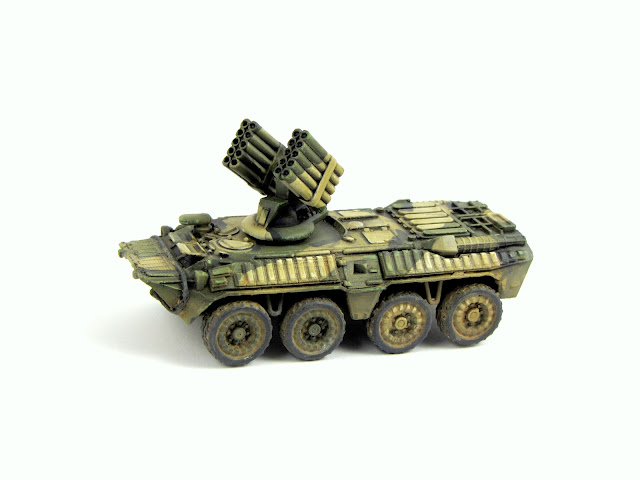 Another lovely vehicle from Jon at Khurasan, post modern BTR 3000. This one has two MRLS/ Rocket options. Cast is resin and 1/100, painted in soviet camo 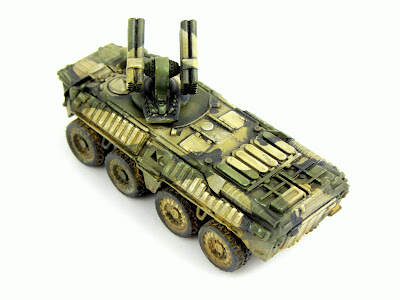 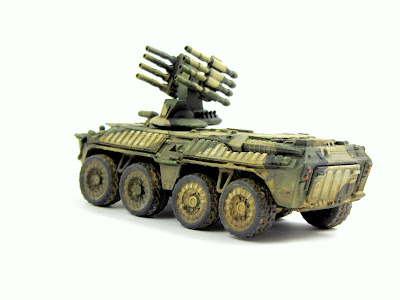 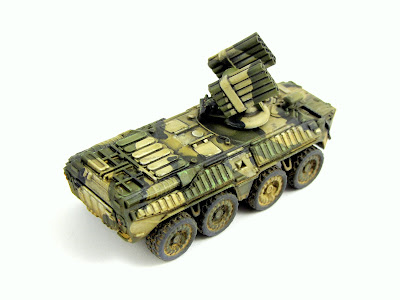 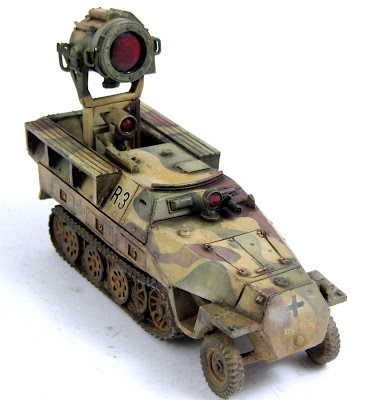 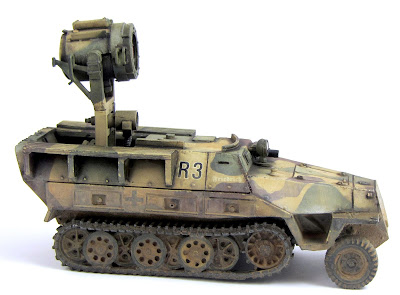 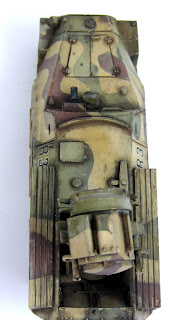 As always more pictures and more vehicles in my portfolio: 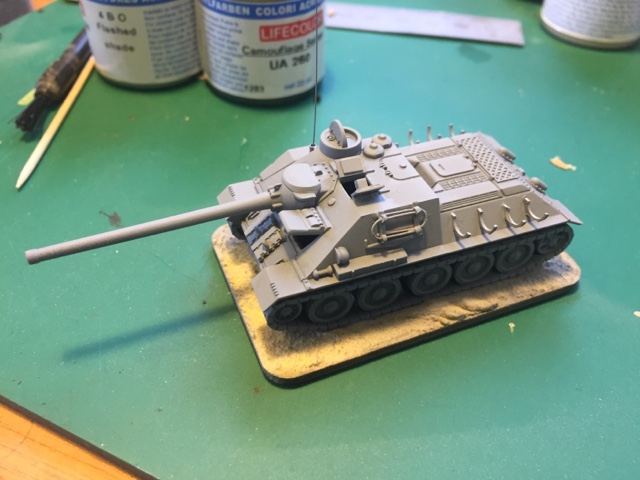 Small addition to my Egyptians for the October war, up detailed Battlefront plastic SU100's.

I'm really liking the emergence of plastic, in both 1/100 but more significantly 1/56, as the possibilities of conversions and detailing, not to mention level of detail and stability of materials is simply impressive. 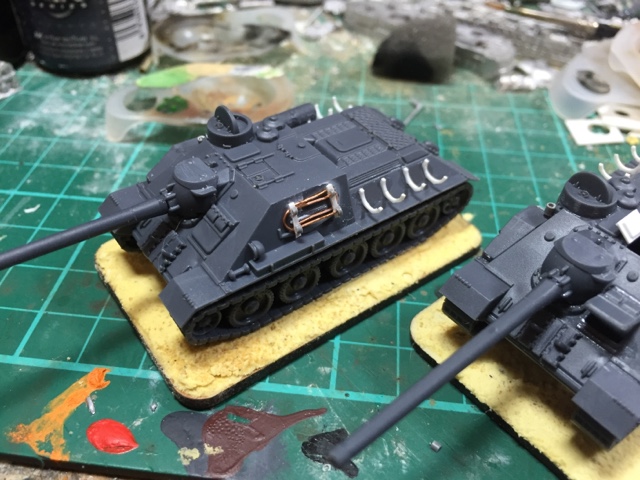 The BF SU100 has the additional stowage box on the front right side of the superstructure on the sprue so all I had to add was the track tensioners on the left hand side and some moderate up-detailing. 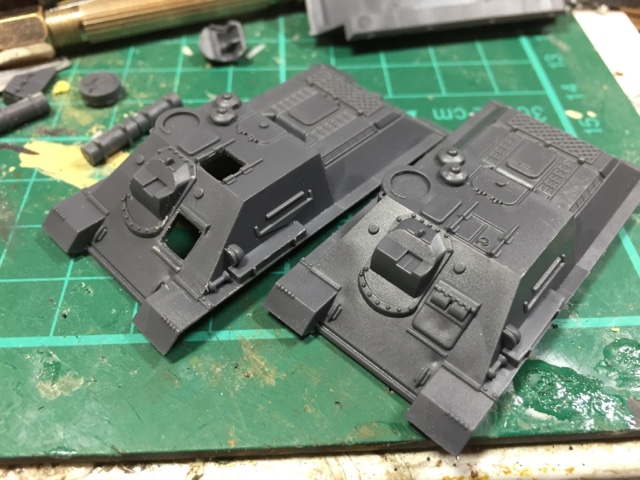 I decided to open up one, so chiselled off and cut out the drivers hatch on one, and using a hatch cut and thinned from the spare hull one and cut out, opened up the drivers position. 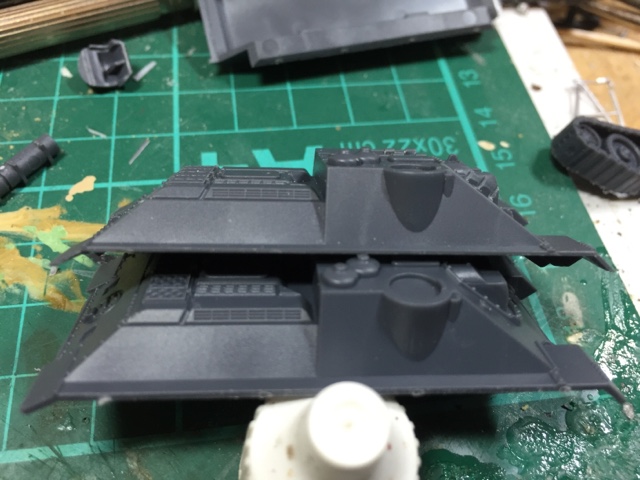 I also thinned out the track guards but only the eagle eyes would notice!

The forward hatch was also opened up and I decided to add fuel tank supports on the rear. I also modified the mantlet casting to reflect the troughs for the securing bolts seen on the few reference examples. 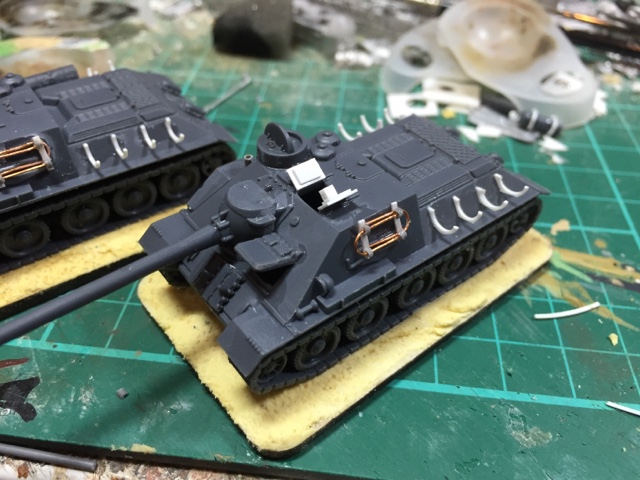 I then added a simple base ( warbases again) and primed up ready for painting. 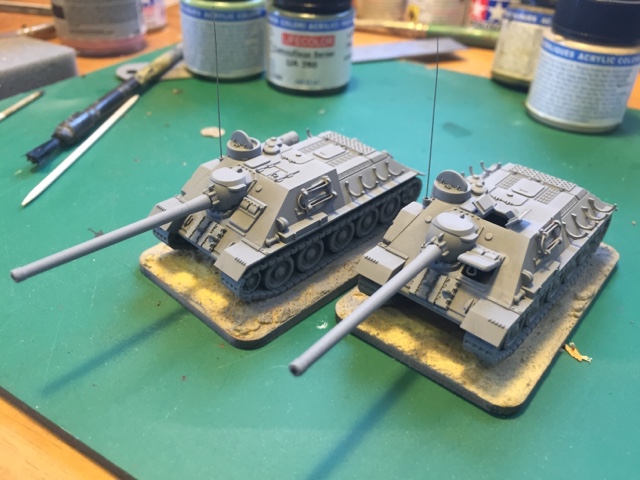 Next up will probably be the plastic BF 152's, with some usual conversions but I'll save that for later!

A sneak preview of the Israeli howitzer M50 SPG now available from S and S models, this one built as-is but I have three detailed ones in the works. 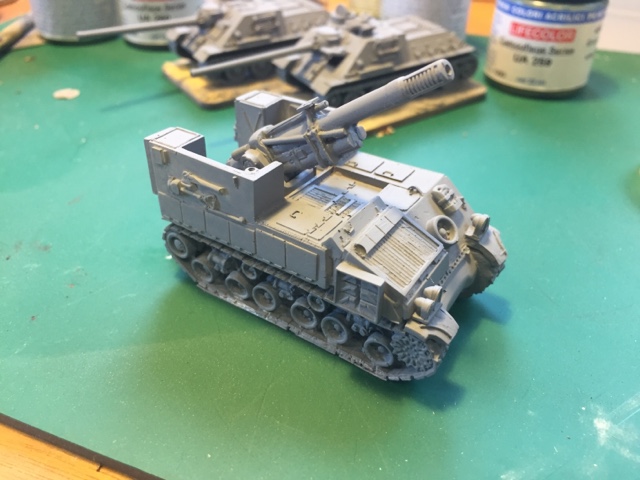