Two examples of Warlords 1/56 Jagdpanzer IV, both displaying two different styles of the late war disc camouflage.  Warlord have also produced a new Pzr IV track set for this release, IMO, much better than the existing standard "Pzr IV", so much so that I have utilised a set on a PZr V going
through at the moment. Nice little kit this one, so much so that i'm doing an additional one with
THOMA mesh skirting. 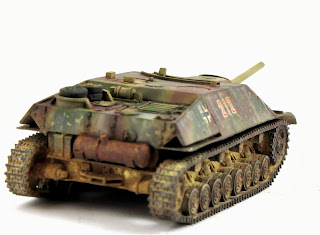 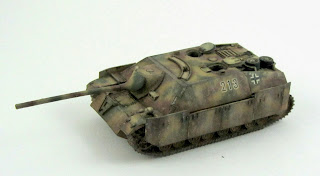 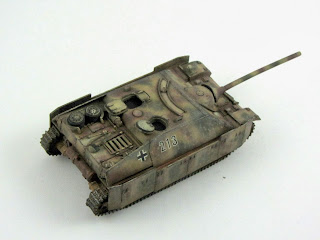 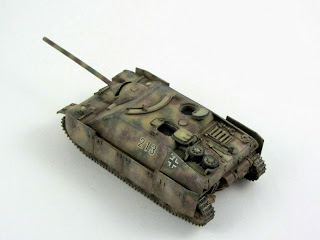 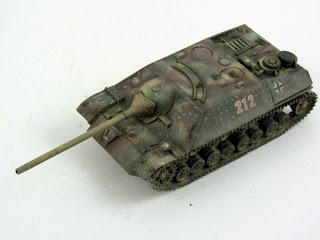 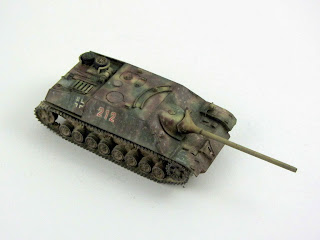